Thursday ushers in Europa Football with the teams looking to build on their 1st leg results as the quest to find the competition’s last eight is up and running. Best Bookmakers provide you the best picks going into today’s European engagements.

Rangers look to qualify for the next round after bringing in a good result from the first leg in Czech Republic. They are currently on a sensational run of form this season in which they have lost only 4 matches and as well have the Scottish League Title under their belt. They head into this match seeking to kill the tie and head to the last 8 draw on Friday.

Slavia Praha have had an amazing run as well with the team top of the Czech Gambrinus and looking to secure another berth at Europe next season. They head into this game on the back foot but have shown they are no easy push overs and would want to give a good account of themselves. Having won 6 of their last 8 games and recording no losses, they enter this game confident and expectant.

The duel reaches a whole new level with this match poised to deliver goals and with both team’s amazing run of form, it’s going to be hard to tell who is going to win this. Rangers stunned the football world in the their remarkable run to the title this season and come into this with just 1 draw in their last 10 matches, they hope to get past this Czech opposition that eliminated Leicester City the round before. It’s going to be a tricky duel but we expect Steven Gerrard and his lads to come through with the win in this game. Bwin offers the win odds at 88/38.

Villarreal CF took this tie to thier hands when they won 2-0 at Ukraine last week, they head into this game looking to finish off the work with the team having improved in recent times as they have recorded back to back wins on a stretch after their abysmal showings against Valencia and Atletico Madrid in the league. They head into this with a win solely on their sights.

Dynamo Kiev have been firing on all cylinders in the Ukrainian League with the team currently its leader and have won the last 5 matches in the league. However, they have not been able to replicate that daring form as the showing in the first leg was poor. They head into this match on slim hopes knowing it’s not going to be easy scoring 2 goals in Spain.

Both teams have a lot to play for in this encounter with a slim 2-0 lead what separates them. Villarreal would look to work relentlessly round the clock as they expect to see a Dynamo Kiev charge at them but would rely on their experience to finish the job and most likely run off winners in this Europa League encounter. All looks set for a win for ‘The Yellow Submarines’ with Bet365 offering the odds at 50/32.

AFC Ajax to win away tie in Switzerland

Young Boys come into this game on an absurd form that has seen them draw their last 5 games in the league and losing once in their last six(3-0 against Ajax). They come into this match knowing only a miracle can secure them a berth in the last 8 and would want to look at the travails at Bayer Leverkusen as they seek to make a point in this game.

Ajax head into this match up fired up after their sensational run this season has seen them topple the Dutch Eresivisie as they look to win the title this season. They head into this game on a good stand after last week’s 3-0 win in Netherlands and would hope to secure passage to the next round.

It certainly is not a game that is over with Young Boys intent being to win this game convincingly. It may not be the best run of forms for the Swiss based side but on the European stage they have been performing on top notch. Ajax already have a foot in the quarter finals and would look to finish this match off quickly with Erik Ten Haag looking to guide his young Dutch squad to the next round. It looks most likely to have another Ajax win here with the home side still yet to find thier form and Novibet supports that cause with the odd for a win for the Dutch team at 50/23.

All odds are correct as at the time of this publication. Please gamble responsibly. 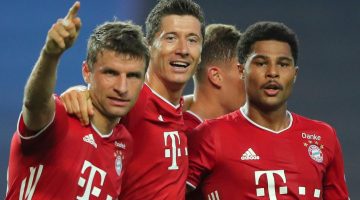