Best three picks to bank on for Saturday 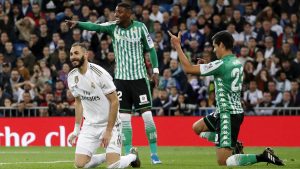 Football league matches continues all around the globe, so we have picked out our three-fold picks for Saturday. 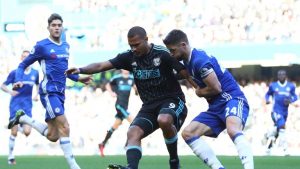 Chelsea are one of the three teams this season with title ambitions. They have spent quite handsomely in the transfer window, and have gotten themselves one of the strongest squads in the whole of Europe.

They had finished fourth in the table the last season with an inexperienced Frank Lampard at the helm and a transfer ban. As such, it’s to be seen how high they would finish this time around.

They are pitted against a recently promoted Baggies this weekend, and this alone should be enough reason to pick the Blues as the favorites for the weekend.

Not only are Slaven Bilic’s men one of the most inexperienced teams in the PL at the moment, but they arguably could be the absolute worst of the lot.

They are already placed bottom-most in the league table with a 100% losing record, and they have also conceded the most number of goals so far in the competition,and also, the Blues have a great h2h record against them as well.

Chelsea to win is priced at 2/5 by Novibet.

The most anticipated Saturday’s Serie A match is happening in Milano where Internazionale welcome Fiorentina.

The Nerazzurri had a good run both domestically and on the European scene last season, losing the Europa League finals in a spectacular match to Sevilla.

Fans are hoping to see Juventus finally dethroned this season, and Antonio Conte got a lot of players from his transfer wishlist during the summer.

Anything but a win to start the new campaign would be a disappointment.

Inter Milan have failed to beat Fiorentina at this stadium in late July this year. The match ended without goals. The first match last season in Florence ended without a winner as well with a 1-1 stalemate.

15 out of the last 17 duels between these opponents ended either Over 2.5 goals at full-time or with both sides scoring. We expect BTTS in this duel priced at 8/11 by Bwin.

Real Madrid aim for their first win of the 2020/21 La Liga season against a Real Betis team that won two on the bounce in the new campaign.

After a disappointing yet good start in the league this season, the defending champions will set their sail to Benito Villamarin for their second round.

They will aim for a win and with back-to-back away games; Zidane will have to pick up his team from the last game result.

Real Madrid suffered a goalless draw on the road against Real Sociedad last time out in the league.

In the meantime, Betis made it two wins on bounce with the 2-0 home victory against Valladolid. This was followed by a tight 1-0 win away at Alaves on matchday 1.

With a flaming form in their records and confidence from the two-game winning streak, the hosts will be looking for their third consecutive win. The only problem is that they will face a side that has been unbeaten for the past 12 La Liga fixtures in the schedule.

Goals have been scarce in the Real Madrid matches lately, courtesy of their defense which was the best in the league last season. Besides, Ramos and Co. haven’t been at their best in the scoring with Benzema not being a regular customer of slotting in goals.

Real Betis had a narrow win in the opening clash with a 2-0 scoreline. The host cannot be expected to score despite having the home ground advantage since it is Los Blancos at the other side. However, Real Madrid could not defeat the host in both fixtures last term.