Europe’s continental showpiece continues on Wednesday, and we’ve picked three games that can best be banked on by punters.

The new campaign will see Manchester City host Porto FC in the first round, in a group where Citizens shouldn’t have a lot of troubles to secure one of top two spots.

Pep Guardiola and his team were stopped in Champions League quarter-finals by Lyon a couple of months ago, and now their new hunt for most prestigious European football trophy starts again.

The Citizens have been very inconsistent in the Premier League though, which gives hope to Portuguese champions to snatch a point or three from Etihad.

Losing at home to Leicester City 2-5 was a huge slap in Manchester City’s face. The team is nowhere close to the form from the previous Premier League campaign when they competed with Liverpool for the title, at least in the first half of the season. The individual quality of Raheem Sterling has secured them three very important points during the weekend in the derby against Arsenal.

We might see some changes for this one, as Guardiola is known for experimenting in matches against relatively speaking weaker opponents.

But is this clash against Porto going to be more important to him than the one against West Ham over the weekend?

The Portuguese side had an awful start to new Primeira Liga season, having collected only seven points from four games. Benfica already have big +5 advantage, which puts Dragons under a lot of pressure.

It seems like they have big troubles when it comes to defending, conceding three goals to Maritimo at home, followed with a 2-2 draw against Sporting Lisbon.

We are expecting City to take all three points but also to concede at least one goal at Etihad. The BTTS option is priced at 5/6 odds by Novibet.

The last couple of weeks have been very turbulent for Liverpool. The reigning Premier League champions had suffered a shocking 2-7 FT defeat to Aston Villa and dropped points during the last weekend against city rivals Everton.

Things are not looking good for Jurgen Klopp’s team before a rough trip to Amsterdam, where they will start the new UEFA Champions League campaign against Ajax.

The Dutch side also had a couple of slip-ups lately, but we shouldn’t underestimate the experience this team gathered by playing big UCL games in the last few years.

Ajax are doing just fine in the Dutch Eredivisie if we ignore the surprising 1-0 loss to Groningen away from home. The most popular team from Holland has won every single encounter they’ve played.

During the weekend, they demolished Heerenveen at Johan Cruijff Arena 5-1 thanks to a brilliant performance of Dusan Tadic and Mohammed Kudus. They scored three goals combined and had three assists combined, so that might be the key for Liverpool here, to stop these two players.

A lot of names have left Amsterdam during the summer though. Hakim Ziyech has made a move to Chelsea, Donny van de Beek to Man United and Dost to Barcelona.

The aforementioned defeat to Aston Villa and draw against Everton are probably not the worst news for Liverpool fans. Virgil Van Dijk got injured in Merseyside Derby and he will be absent for at least six months.

The Reds obviously have a decent replacement in Gomez, but the Dutch defender will surely be missed. Sadio Mane has recovered from illness and came back in big style, scoring a beauty against the Toffees.

We expect Liverpool to overcome their current troubles and snatch all three points in Amsterdam, which is priced at 8/11 by bwin. 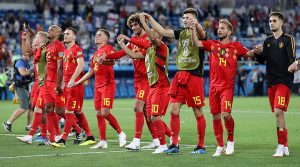 The Bavarians are the defending champions, and they have all the intention in the world to repeat their heroics of the last season. Also, their striker Robert Lewandowski looks dead-set on claiming the Golden Boot and the Ballon d’Or, which escaped his clutches through the fingertips.

They have been placed in the slightly complicated Group A, along with giant-killers Los Colchoneros, and the free-scoring Salzburg.

In order to ensure a smooth progression to the knockouts, it’s important that Hans-Dieter Flick’s men do not get cocky and take these opponents slightly. Diego Simeone’s men have a reputation of laying waste on reigning champions – case in point, the debacle at Anfield in the Round of 16 from last season.

Likely, the Bavarians will have to be careful. Still, as long as Bayern Munich play their natural game, and avoid any costly mistake – they should secure the win this Wednesday rather comfortably.

Flick’s men are easily the best team in the world right now, and they are determined to secure the win at any cost, in order to avoid any complication regarding their qualification to the knockouts later.

They do have the confidence of playing at home, and keep note that every single h2h encounter in the modern Champions League had ended in a home win.

Moreover, they are on a 12-match winning run at home, and they had also won 20 of their previous 22 games. And in overall fixtures, they had won 36 of their last 39 match-ups.

Taking these observations into account, expect a Bayern Munich win this Wednesday which is priced at 4/7 odds by Bet365.